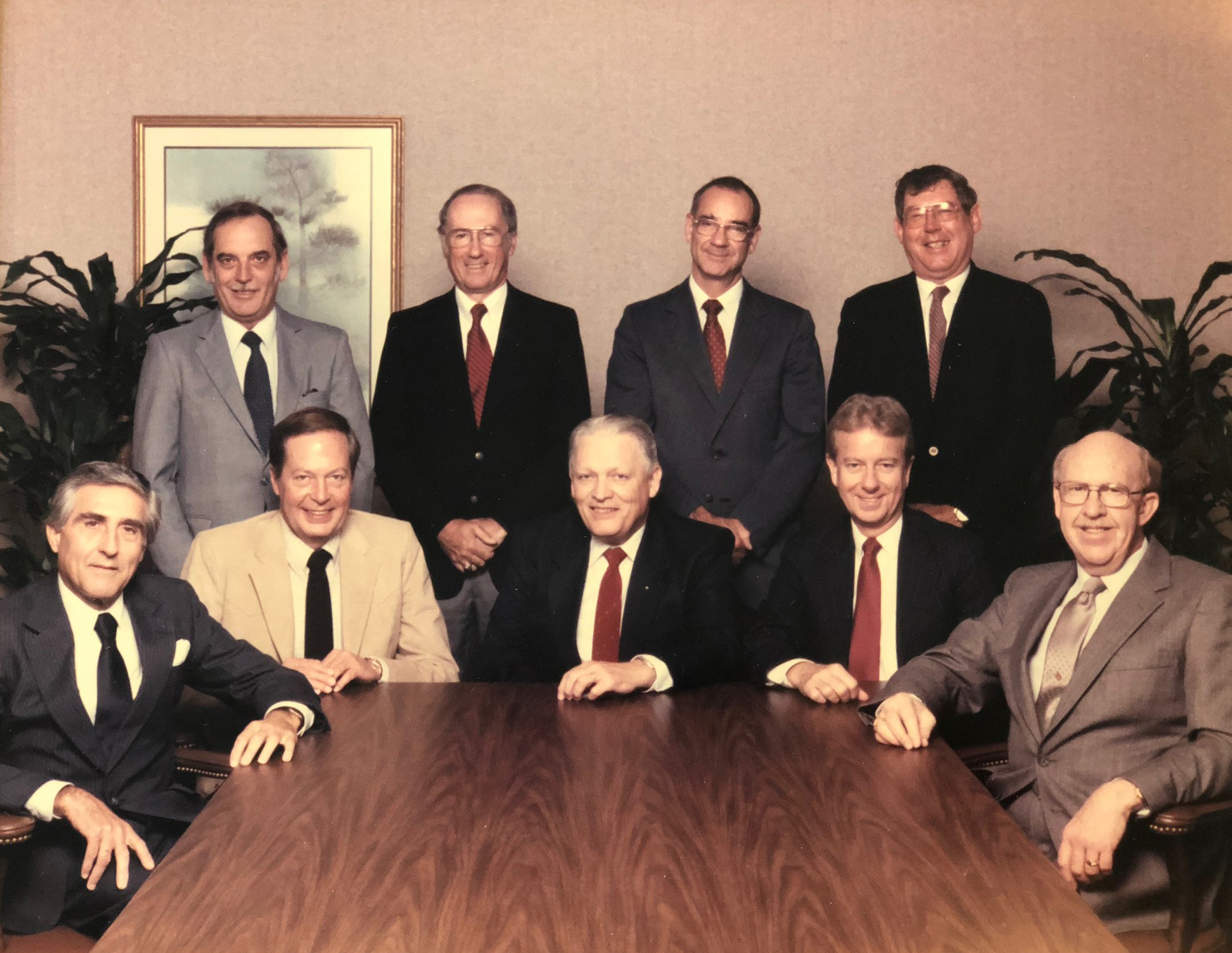 John R. Lomenzo with the 1986 TMLT Board of Governors.

John R. Lomenzo was hired as the first president of TMLT. Mr. Lomenzo had previously worked for Aetna, Alexander & Alexander, and Interstate National Corporation. He served TMLT from 1979 until his retirement in 1991. Under his leadership, the Trust became an established, stable source of medical liability coverage for physicians.

“When I first came to Austin, TMLT had a small office space downtown and 200 policyholders. The first step was very obvious — we had to grow. There were two things that we did not have that we must have in order to grow. We did not have broad credibility across the state nor did we have any visibility," Mr Lomenzo said.

"We did broad advertising to get TMLT’s name out wherever we could. Our main thrust was to speak around the state wherever we could about TMLT, at county medical society meetings, seminars of all types, after dinner speaking opportunities in various settings, to tell what we were about.

We were not selling insurance policies even though we were obliquely. We were selling the TMLT concept and why it was important for us to have a presence in Texas.

As we grew, our departments began to take shape. We started introducing more management structure and accountabilities, and, more importantly, we started establishing a culture for the company.

From my point of view, TMLT has always been about people at all levels who worked with us, all having the right blend of talent, attitude, and commitment.”