Medical professional liability insurance, also known as malpractice insurance, covers health care professionals for errors arising from treating patients. These policies pay defense costs and generally cover claims for medical error or neglect, even if the claims are without merit.

Physicians are not required by law to carry malpractice coverage. But coverage is required for hospital privileges, employment contracts, or payor contracts.

There are two types of medical malpractice insurance

Occurrence — provides ongoing coverage for events that occur during the policy period, even if they are reported after the policy is cancelled. You do not need tail coverage with an occurrence policy.

Claims-made policies are typically less expensive than occurrence policies for the first several years. This is because the potential for claims builds slowly as policy years accumulate.

Here are two examples that illustrate the differences between claims-made and occurrence. 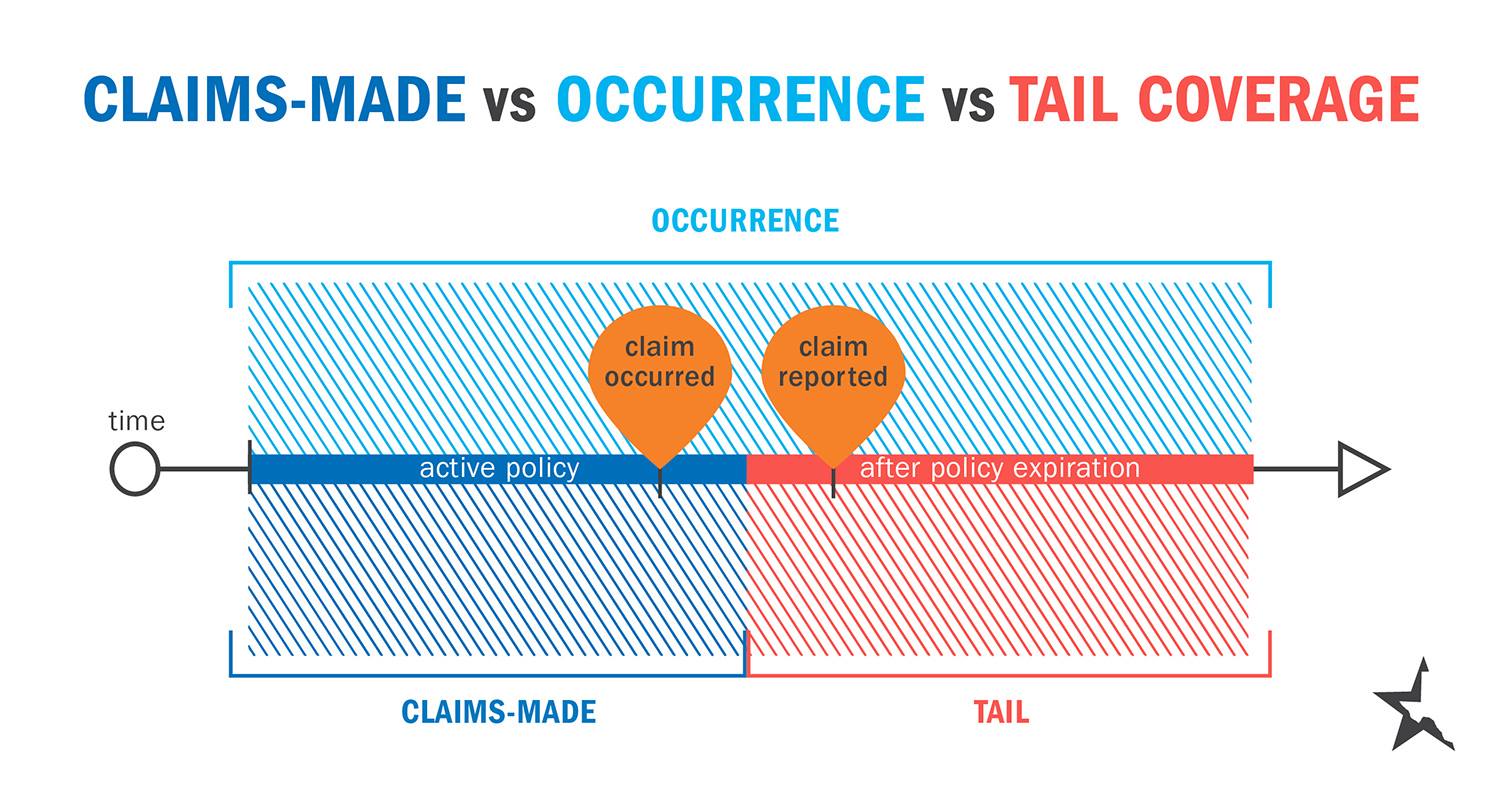