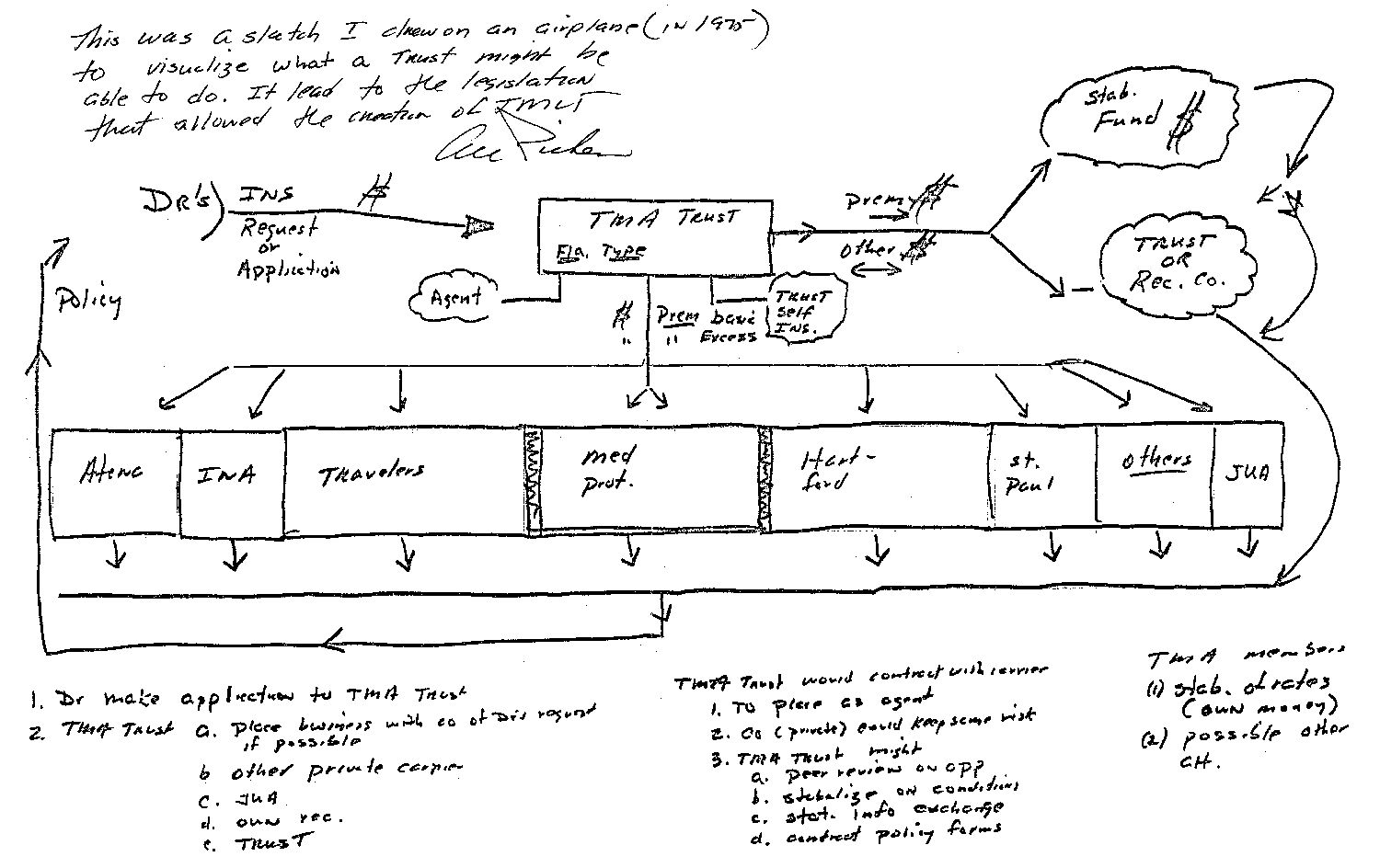 In the 1970s, the number and size of medical malpractice claims in Texas were accelerating out of control, throwing the medical liability insurance industry into disarray. Almost all private insurance companies left this field of coverage in Texas. For physicians, choices were limited and insurance was costly. From 1971 to 1976, premiums increased as much as 600 percent.

In 1975, Ace Pickens — an attorney with Brown McCarroll in Austin — was asked to work with the Texas Medical Association to determine how to best ensure a stable and available market for medical liability insurance.

Mr. Pickens worked with TMA leaders and with the state’s medical liability study committee to solve the problem.

“We had been to a meeting of the Dallas County Medical Society one night and were flying back. There was a story in the flight magazine about a guy who decided to form a trust to handle the insurance needs of his association. That was a novel idea, so I drew it out on paper and we took it to the committee,” says Mr. Pickens.

“The self-insurance trust provision was put into the TMA bill that eventually passed the state legislature. The bill went into effect September 1, 1977. Next we had to figure out how it would work.”