Home » TMLT Blog » From the Closed Claim Files: A contentious case and a “stormy” exit
× Share this Article

Shortly after I arrived at TMLT, I was assigned a lawsuit to defend in Tarrant County (Fort Worth). The suit arose from the care an orthopedic surgery policyholder provided to a Dallas police officer. This case occurred pre-tort reform.

The plaintiff/patient/officer had been on patrol when his vehicle was rear-ended by a drunk driver. The officer suffered a back injury. Failing conservative care was referred to our policyholder, who recommended a spinal fusion surgery with instrumentation. The officer was married with two teenage boys who were active in Boy Scouts.

The patient was taken to surgery, which involved extensive instrumentation. The procedure lasted about 10 hours. When the patient awoke from surgery he suffered bilateral blindness.

Our orthopedic surgeon was furious about the outcome and dictated an operative note addendum blaming the anesthesiologist for positional issues resulting in the blindness.

Shortly thereafter the orthopedic surgeon was added as a defendant to the lawsuit, which was then reported to TMLT.

Despite the animosity between the orthopedic surgeon and the anesthesiologist, we were able to mount a joint defense. Each defendant retained expert support on the standard of care issues. Most importantly, we were able to jointly retain a neuro-ophthalmology expert to support a different cause for the insult to the optic nerve.

At trial, the plaintiff arrived every day using a cane to move about the courthouse. He claimed to the jury that he was completely blind.

Our orthopedic surgeon was, as expected, aggressively cross-examined with his operative note addendum and his pre-suit sworn statement. He testified to the jury that it had been wrong of him to dictate the addendum out of anger for the tragic result for his patient and to lay blame on the anesthesiologist.

We had obtained video surveillance of the plaintiff during the course of litigation. The video showed him walking across a construction site at a Habitat for Humanity project, climbing into a truck trailer and handing out tools to the workers. Obviously, this evidence brought serious questions about the extent of his vision loss.

With the jury in deliberations, the orthopedic surgeon gave us limited consent to explore a high/low settlement. Defense counsel and I had a teleconference with John Devin, Jill McLain, and Bob Fields. Defense counsel told us that he thought the jury would return a defense verdict. We made a run at settling the case by a high/low agreement, but the plaintiff’s attorney claimed that they had no ability to negotiate due to the unresolved workers’ compensation lien.

The jury returned with a defense verdict exonerating both our orthopedic surgeon and the anesthesiologist. The plaintiff had left more than $1 million dollars on the table.

The plaintiff’s attorney — visibly angered by the verdict — slammed his briefcase shut and stormed out of the court room. He did not even shake hands with defense counsel or the defendant physicians, and left his blind client standing at counsel table without an explanation as to what had just occurred! 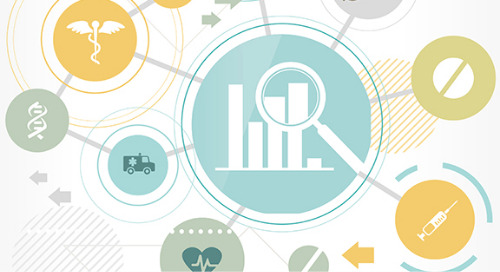