Presentation
A 9-month-old boy was brought by his mother to his pediatrician’s office for treatment of a possible insect bite on the left buttock. The lesion appeared two days before, and had grown in size.

Pediatrician A diagnosed cellulitis and cutaneous abscess and prescribed mupirocin and warm soaks to the affected area.

Physician action
Two days later, the mother brought the patient back to the office reporting increased illness, pain, fever, and redness. The patient was seen by the nurse practitioner (CPNP). The patient’s vital signs were temperature at 102.9 degrees; respiration rate 50; and heart rate 176.

The CPNP decided that incision and drainage (I&D) of the lesion on the patient’s left buttock was required. To prepare for the procedure, she ordered lidocaine, epinephrine, tetracaine (LET) topical analgesic and warm packs applied to the patient’s lesion.

A physician assistant (PA) applied the LET and secured a warm pack over the lesion with self-adherent wrap. After preparing the patient, the PA left the room.

The CPNP proceeded with the I&D. The fluid obtained was purulent and culture was positive for MRSA. The CPNP documented a second-degree burn to the right buttock, and prescribed clindamycin palmitate HCI 75 mg/5ml, cool compresses, analgesics, and to return for follow up in two days. The mother was also instructed to bring the patient back earlier if there was increased redness, drainage, or other concerns.

The next day, the mother called the pediatrician’s office and reported that the burn on the right buttock was blistered and was approximately three inches in diameter. The mother also reported that the patient’s pain had increased. The patient was prescribed silver nitrate topical cream, acetaminophen, and cloth diapers to maintain moisture in the affected area.

At the follow up appointment, the pediatrician saw the patient, documented blistering, and referred the patient to a burn center at a large local hospital. At the burn center, a full thickness burn (third- and fourth degree burn) was noted. Over the next nine weeks, the patient received burn treatment and fully healed. The patient has residual hyperpigmentation in the burn area.

The lawsuit included claims for the patient’s pain and suffering, residual scarring, need for future scar revision, and parent’s lost wages for several weeks at home caring for the patient.

Legal implications
Defense consultants were critical of the care provided in this case. All of the consultants questioned the use of warm packs that were so hot they would produce third- and fourth degree burns to an infant. They also criticized the poor supervision of the application of the warm packs.

Another consultant felt the CPNP’s decision to perform the I&D procedure was not indicated.

Disposition
This case was settled on behalf of the pediatrician’s practice.

Risk management considerations
With the greater incorporation of advanced practice providers (APPs), physicians should have a clear picture of the legal expectations that come with supervising APPs. Consult your state medical board for the specific rules and laws that govern supervising these employees. APPs include APRNs and PAs.

Notify the relevant state board of your intent to supervise an APP. For example, a Texas physician should notify the Texas Medical Board for a physician assistant and the Texas Board of Nursing for an advanced practice registered nurse.

Establish a supervisory agreement or collaborative care plan. The plan should detail the working arrangements between the APP and the practice, including methods of communication, scope of responsibilities, and any other pertinent details of your working environment or patient population. The agreement should be executed, signed, and dated by the primary supervising physician and the APP.

Establish written protocols. Define the role of the APP in detail, including the main types of cases that the APP will see and practice guidelines, such as limiting the number of times a patient can see the APP without seeing a physician or specifying the types of injuries or symptoms that must be examined by a physician.

Document any delegation of authority to the APP. This should include, but not be limited to, prescriptive authority agreements, standing delegation orders, standing medical orders, protocols, or other practice guidelines.

Solicit patient feedback on APPs. Regularly ask patients who have had visits with the APP for any feedback. Such intermittent checks can help alert the physician to any issues that could lower patient satisfaction.

Keep geographic and other limitations in mind. Physicians are sometimes required to supervise APPs at multiple facilities with some distance between them. Work out the details of such arrangements in advance so that you are satisfied that these supervisory obligations can be met.

Maintain accurate documentation. In many instances, multiple providers update or sign off on the same record, or an office visit may be primarily covered by an APP with the physician stopping in for part of the visit. Providers should make an effort to document the specific provider completing each portion of care in the record to avoid any confusion.

Be available for questions. A high level of collaboration is expected between physicians and APPs.  Let the APP know that whenever they are in doubt, they should ask questions – and that there is no such thing as too many questions. In addition, lawsuits against APPs and their supervising physicians frequently cite the failure of an APP to contact the physician. An APP should always have reliable contact information for the supervising physician. (1)

A 17-month-old girl was brought to Pediatrician A for complete vaccinations on October 20. This visit was d...

A boy was born in a small medical center and evaluated one day later by a pediatrician. The results of the ... 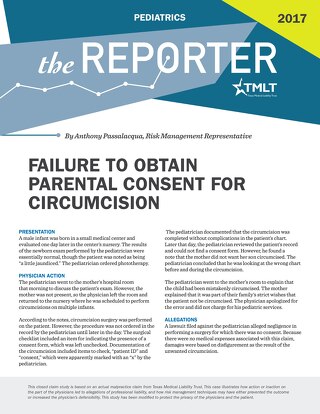 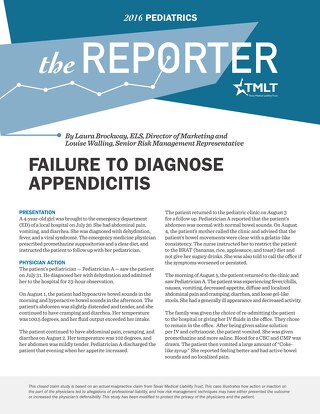 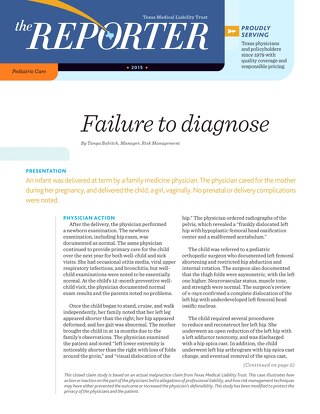 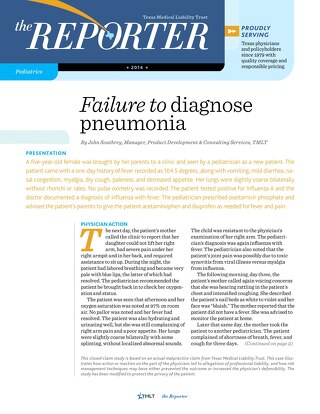 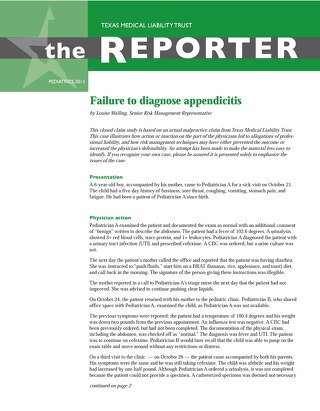 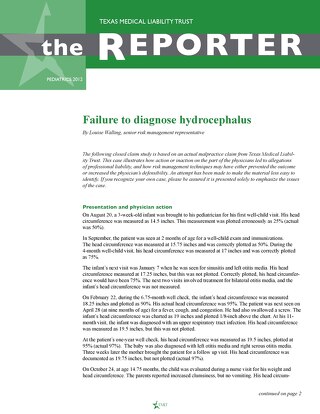 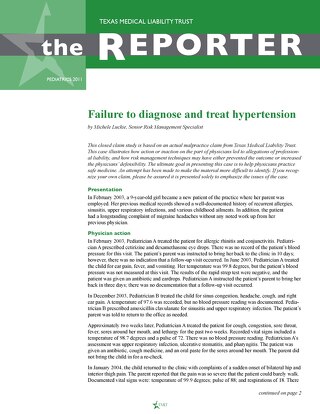 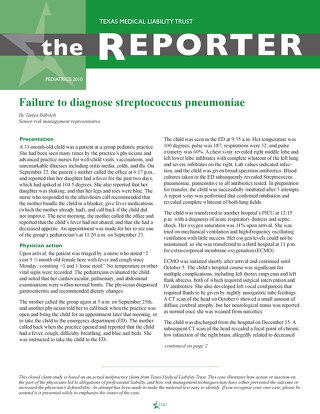 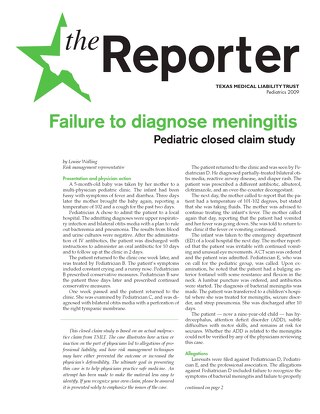 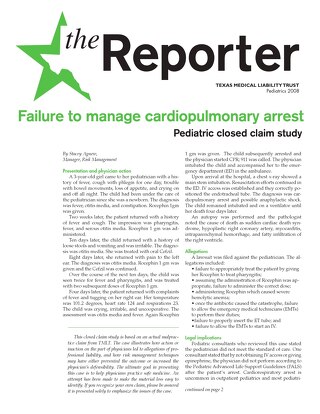