The gastroenterologist performed the colonoscopy the next day without complications. He removed and biopsied seven polyps, five of which were small and two of which were 8 mm and 1.2 cm, respectively. The gastroenterologist removed the first three polyps with biopsy forceps, and performed “hot snare” polypectomy for the last four. Pathology showed the polyps to be adenomatous or pre-cancerous.

Three days after the colonoscopy, the patient experienced bloody bowel movements and was admitted to the hospital by another physician in the gastroenterology group. The patient’s vital signs, hemoglobin, and hematocrit values were normal. The history and physical dictated by the admitting physician stated that the patient had been taking clopidogrel until the day of the colonoscopy (not, as the procedure report stated, two days before).

The patient was admitted with orders for an EKG, IV fluids, and a colonoscopy the next day. While undergoing bowel prep, the patient was found on the bathroom floor in a puddle of blood. The patient was assisted to the toilet, where he suffered a cardiac arrest. He had no pulse or respirations, and a code was called.

The code team was able to resuscitate the patient within five minutes. An EKG showed a normal sinus rhythm with ischemic changes. He was transfused with four units of PRBCs. A colonoscopy to search for the source of the bleeding found no evidence of ongoing hemorrhage. The patient’s clopidogrel was withheld for the remainder of his hospital stay. The patient’s hematocrit and hemoglobin levels stabilized and the bleeding stopped. He was discharged three days after admission. The patient alleged that the anoxic event resulted in permanent cognitive deficits.

The patient also alleged that office staff never told him to discontinue aspirin before the procedure.

However, removal of polyps greater than 1 cm in size, and use of “hot snare” polypectomy are associated with a higher risk of bleeding. The patient’s pathology report revealed that the polyps were pre-cancerous, which offered some validation regarding the gastroenterologist’s decision to proceed with colonoscopy and polypectomy.

The gastroenterologist’s procedure note included documentation of a discussion with the patient about the risk of post-procedure bleeding, which was helpful. However, the patient and spouse claimed that the patient was already partially sedated when he signed the surgical consent form. If true, this could potentially invalidate the “informed consent” discussion.

Risk management considerations
Documentation of informed consent is essential in defense of a claim of malpractice stemming from a screening or surgical procedure. Whenever possible, discussion of the risks of a procedure and documentation of this discussion before the actual date of the procedure is recommended. If this isn’t possible, a thorough discussion of risks before sedation is critical.

In this case, the physician’s good documentation of the discussion of risks of post-procedure bleeding was helpful to the defense. The patient, however, claimed that sedatives had already been given at the time the consent form was signed. Physicians are encouraged to take precautions to ensure both thorough documentation of the informed consent discussion and appropriate timing of the patient’s signature on consent forms.

The documentation of the patient’s phone call to staff the day before the procedure was a complicating factor in the defense of the claim against the group. The notes written by the nurse and staff never mentioned anything about withholding aspirin before the procedure. This, combined with the fact that the nurse misnamed the patient’s medication in the phone call documentation, presented a challenge to the defense. Careful documentation of all details of a phone call and checking for accuracy when medications are discussed is good risk management.

On June 23, a 71-year-old woman came to a gastroenterologist for evaluation of polyps. The patient had no c...

A 72-year-old woman was referred by her primary care physician to a gastroenterologist for evaluation of ri... 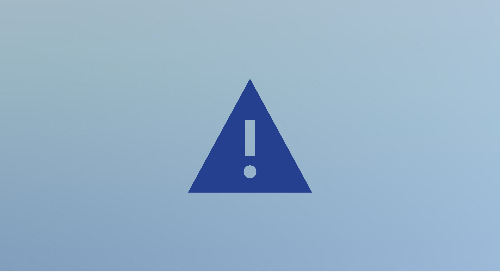 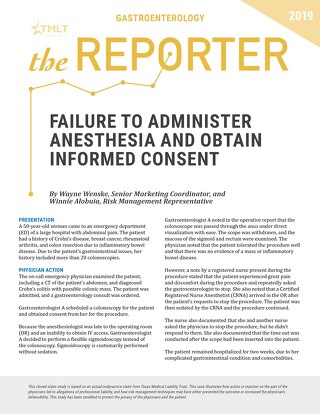 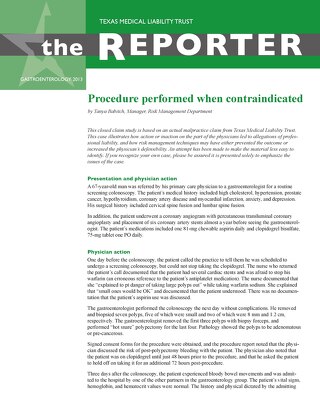 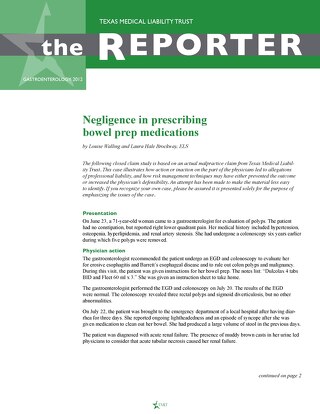