The on-call physician, Family Physician A, admitted the patient and documented his impressions as: status migrainosus versus complicated migraine; hydrocephalus and ventriculomegaly; nausea and vomiting; and headache. The physician felt the patient was stable and consulted neurosurgery and neurology.

After seeing the patient, Neurologist A ordered a brain MRI. On January 11, the MRI was completed and showed a stable cystic dilation of the patient’s fourth ventricle. A radiologist thought it was an arachnoid cyst, but Neurologist A thought it might be neurocysticercosis. Neurologist A consulted an infectious disease physician who then ordered serology testing. Family Physician A deferred patient management to neurosurgery and neurology.

On January 12, a neurosurgeon ordered a lumbar puncture to test for infection, and the patient’s cerebrospinal fluid (CSF) was initially thought to show meningitis. The patient reported no headache, nausea, or vomiting. The infectious disease physician prescribed antibiotics for meningitis.

On January 13, the patient’s diagnosis was uncertain and confirmatory results for neurocysticercosis were pending. Family Physician A informed the internal medicine physician about the patient’s pending serologies and planned to discharge the patient the next day if there were no signs of fever.

On January 15, the patient went to a different hospital ED with a headache. After a CT scan, the patient was referred to neurosurgery and infectious disease for outpatient treatment.

On January 17, the patient saw Family Physician B, who concluded the patient had possible 4th ventricle neurocysticercosis and mild hydrocephalus. The patient was instructed to follow up with neurosurgery and infectious disease.

In Family Physician A’s discharge summary dictated on February 6, he noted that the results of the CSF serologies found positive IgG cysticercosis. The summary stated that the patient probably had the infection during initial testing, but IgM was not tested. Therefore, it was not possible to determine if the infection was acute.

The discharge summary stated: “However, more than likely, the patient’s radiological findings on MRI of the cyst, which was suspicious for neurocysticercosis. It is likely that the patient was infected in the past with taenia solium, and this is the reason for positive IgG titers.”

In August, the patient came to the ED with reports of syncope, dizziness, vertigo, and nausea. After neurosurgery was consulted, the patient underwent ventriculostomy and craniotomy due to the fourth ventricle brain cystic mass. A pathology report confirmed neurocysticercosis. Additionally, the patient received a ventriculoperitoneal shunt due to hydrocephalus.

The patient filed a lawsuit against Family Physician A and the internal medicine physician. The allegations included failure to properly diagnose and treat the patient, which would have avoided the craniotomy and the left frontal burr-hole ventricular puncture for shunt placement.  It was also alleged that both physicians failed to inform the patient of laboratory results after he was discharged.

Consultants for TMLT had mixed opinions on this case. Two consultants believed both physicians met the appropriate standard of care. Family Physician A and the internal medicine physician were noted for making appropriate referrals to neurosurgery, infectious disease, and neurology.

One consultant observed that the patient was noncompliant by not following up with neurosurgery and infectious disease as instructed and with his prescribed medications. Another believed that even if the patient had been notified of the lab results in a timely manner, the outcome would have been the same, citing the patient’s subsequent ED visit at another hospital did not result in the prescription of an anthelmintic.

Two other TMLT consultants thought the case was difficult to defend. The treatment delay was apparent, and it was unclear if long-term deficits and issues resulted. One key weakness was the delayed shunt placement, which harmed the patient.

They believed that delaying the patient’s discharge by 48 hours would have allowed lab results to arrive and treatment to begin during the patient’s first hospitalization. But, the infectious disease physician’s failure to test for IgM antibodies in the spinal tap fluid led to a delayed diagnosis.

Others who reviewed the case agreed that Family Physician A should have followed up with the infectious disease physician after the results were finalized because the patient could have been directed to a neurosurgeon. The patient should have communicated his medical history during the subsequent hospital visits after discharge, since the discharge instructions clearly documented pending test results and past hospitalization. One consultant thought the patient was prematurely discharged, while another felt the discharge was appropriate as the patient was stable at the time.

One consultant thought both physicians were responsible for scheduling follow-up appointments before the patient’s discharge. This consultant also believed the patient should have been put on anthelmintics while waiting for serology results.

This case was settled on behalf of Family Physician A and the internal medicine physician.

Failure to follow up and failure to communicate were significant issues in this case. It was the responsibility of Family Physician A to ensure lab results were reviewed and followed. However, the patient was discharged early before all the laboratory test results were received.

The infection cysticercosis was probably still active when the patient was discharged, as it was diagnosed and treated later at another hospital.

In addition, the infectious disease physician did not order a cysticercosis IgM antibody on the LP (spinal tap) fluid, which may have shown the infection was acute and needed antiparasitic treatment. This lack of action may have led to the delay in diagnosis and treatment.

Family Physician A dictated on his discharge summary that he would touch base with the infectious disease physician regarding the test results, but it is not clear if he did. In addition, Family Physician A did not notify the patient of his lab results.

The use of a formal tracking and notification system could have helped to ensure ordered tests and labs were followed up on. If lab results are not reported in a timely manner and a definitive diagnosis is not established, it is not recommended a patient be discharged until the results can be obtained and evaluated. That way, timely treatment can be initiated if necessary.

If Family Physician A had waited to discharge the patient until after the lab results were obtained, there may not have been a delay in diagnosis of the patient’s cysticercosis and treatment could have begun during the first hospitalization.

When a patient is discharged early it is the physician’s responsibility to ensure outstanding labs, tests, referrals, etc. are followed up on. By implementing a standard follow up system for tests, labs, and referrals, physicians can ensure nothing “slips through the cracks” and treatment is initiated in a timely manner.

This case was also complicated by multiple care providers and a non-compliant patient. For optimal patient outcomes, it is important to carefully and comprehensively communicate, evaluate, monitor, and follow up on a patient’s condition. 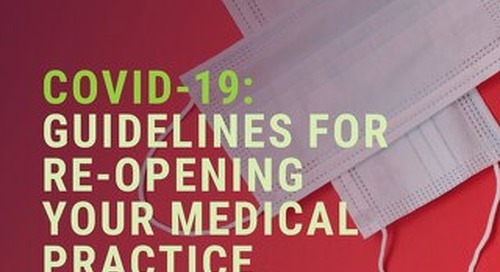 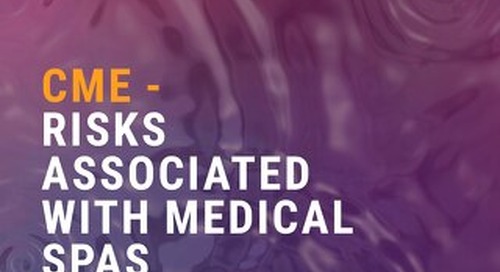 CME: Risks associated with medical spas; TMLT Government Relations: Our focus for 2020; Failure to follow u...