After two years of finasteride therapy for benign prostatic hyperplasia, a 55-year-old man was referred to a urologist. The patient’s finasteride-therapy adjusted PSA was 9.4. His paternal family history was positive for prostate cancer. The results from a bone scan and liver function studies were normal. On exam, the urologist found a 2+ enlarged prostate and recommended a prostate ultrasound and biopsy.

The urologist performed the biopsy and took a total of six specimens from the right and left base, mid-gland, and apex. He had also taken another biopsy from a different patient that same day. The specimens were labeled in the urologist’s office by his nurse and transported by courier to a pathology lab.

The defendant pathologist found prostatic adenocarcinoma, Gleason’s Score 5+4=9 in the specimens labeled with the patient’s information. The urologist referred the patient to a cancer hospital. There, the same pathology specimens were re-read as prostatic adenocarcinoma. A surgeon performed a non-nerve sparing radical retro-pubic prostatectomy and bilateral pelvis lymphadenectomy.

Following the procedure, the pathology report showed no pathologic evidence of cancer. Subsequent DNA testing indicated that the specimens from the patient’s biopsy did not match the DNA from his prostatectomy/lymphadenectomy. An investigation found that the tissue from which the defendant pathologist made his diagnosis of cancer actually came from the other patient biopsied by the urologist on the same day.

The two sets of prostate biopsies were switched, and the post-surgical DNA testing proved it. Important in the pathologist’s defense was that neither he nor his staff grossed in the two different prostate biopsies together. Rather, the two sets of specimens were separated by non-prostate biopsy specimen analysis in order to successfully prevent cross-contamination. The pathologist and his laboratory had policies in place to prevent two of the same tissue type samples from being prepared and labeled together.

The claims against the pathologist, the surgeon, and the cancer hospital were dismissed. The claim against the urologist was settled.

As one consultant who reviewed this case stated, it was impossible to positively prove where the tissue switch occurred. However, the pathologist’s policy that similar tissue samples are prepared apart and not labeled or interpreted sequentially was key to the successful defense of the pathologist.

Policies and procedures for patient care and office protocols can be valuable tools to strengthen a physician’s defense if they are written, authorized, and updated regularly. These should be documented and revision dates noted. Physician signatures indicate that authorization of the policy/procedure has been completed.

For more information on this issue, please visit the web sites of the College of American Pathologists, www.cap.org, and the American Journal of Clinical Pathology, www.ajcp.com. 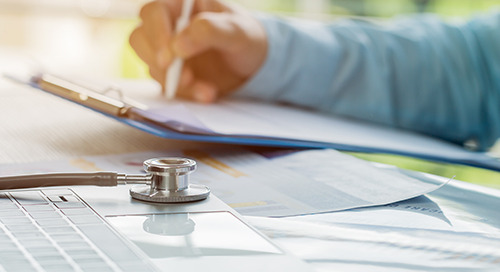 A 36-year-old woman had a 10-year history of a pancreatic cyst. She had two FNA biopsies in the previous year. 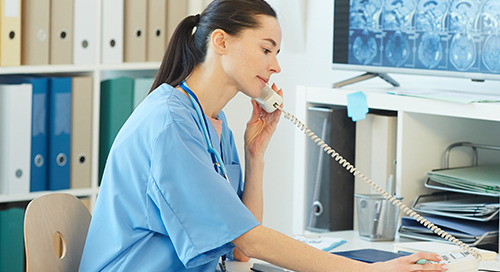 A 50-year-old woman had a digital screening mammogram that revealed possible new calcifications.