Presentation
A 58-year-old man came to his family physician for evaluation of a lesion on his back. The man was a long-time patient of this physician. The patient denied prior skin problems on intake patient questionnaires at annual physicals in 2004, 2007, and April 2009. This visit occurred in September 2009.

Physician action
The physician found “a 2 cm annular café colored nevus over the midline of his back. There is a small area of darkening of the periphery.” The medical record said the patient claimed it had been present for a year, and had not changed, bled, or itched. The physician’s impression was “benign compound nevus.” The physician offered to remove the nevus, but the patient opted against removal. This offer and the patient’s declination were not noted in the medical record.

Allegations
A lawsuit was filed against the family physician. The allegations were:

Legal implications
One of the main issues in this case was the discrepancy between the patient and the physician regarding the April 2009 visit. The physician’s medical records for this visit were extremely meticulous, including a detailed patient questionnaire and a full two-page narrative review mailed to the patient with a letter containing recommendations on managing his other medical problems. The patient also did not indicate skin problems on the patient questionnaire for this visit. It was hard to believe that despite his copious records, the physician failed to chart a skin lesion complaint in April 2009.

Disposition
This case settled before trial with the physician’s consent. The expert support for the plaintiff, the distinct polarity in the memory of the physician and the patient, and the sympathetic nature of the damages were major factors in the decision to settle.

Risk management considerations
Allegations of failure to diagnose and treat in a timely manner are increasing, particularly with diagnoses of cancer. Several processes associated with prudent risk management can be identified in this claim. 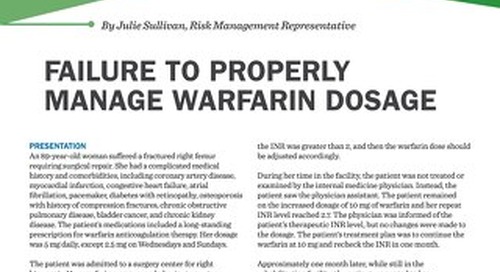 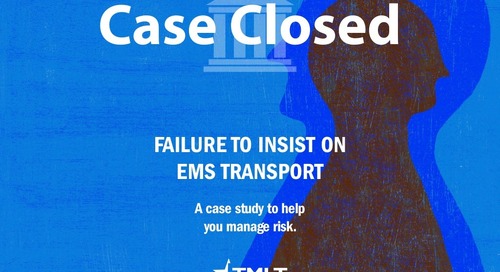 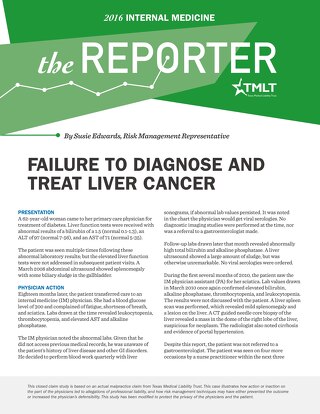